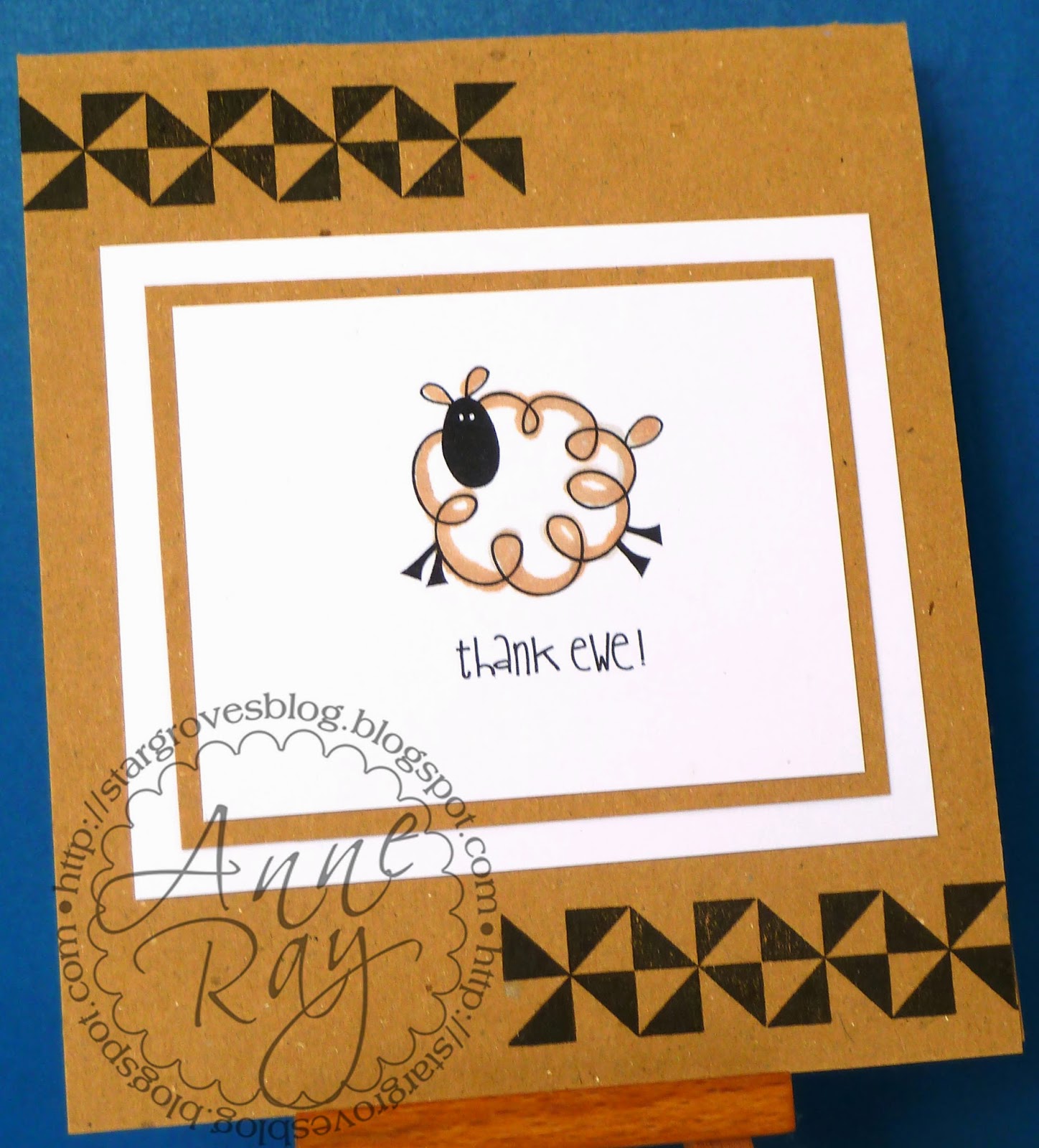 I've been whingeing all week about not getting into the craft room, so of course today I got in there and my mojo promptly left.  I've been seeing lots of fab cards for the amazingly talented Darnell's NBUS (never before used schtuff) challenge and decided to use that to kick start the cardmaking into action.  My main NBUS is Just for Ewe, a Pink Petticoat digi set that I bought ages and ages ago but have never even printed, never mind used!  I needed a Thank You card for a friend who enjoys having sheep in the paddock beside her house so I came up with this very simple effort, based on the layout at Sketch Saturday.  The stamping is also NBUS, from an Inky Doodles set. 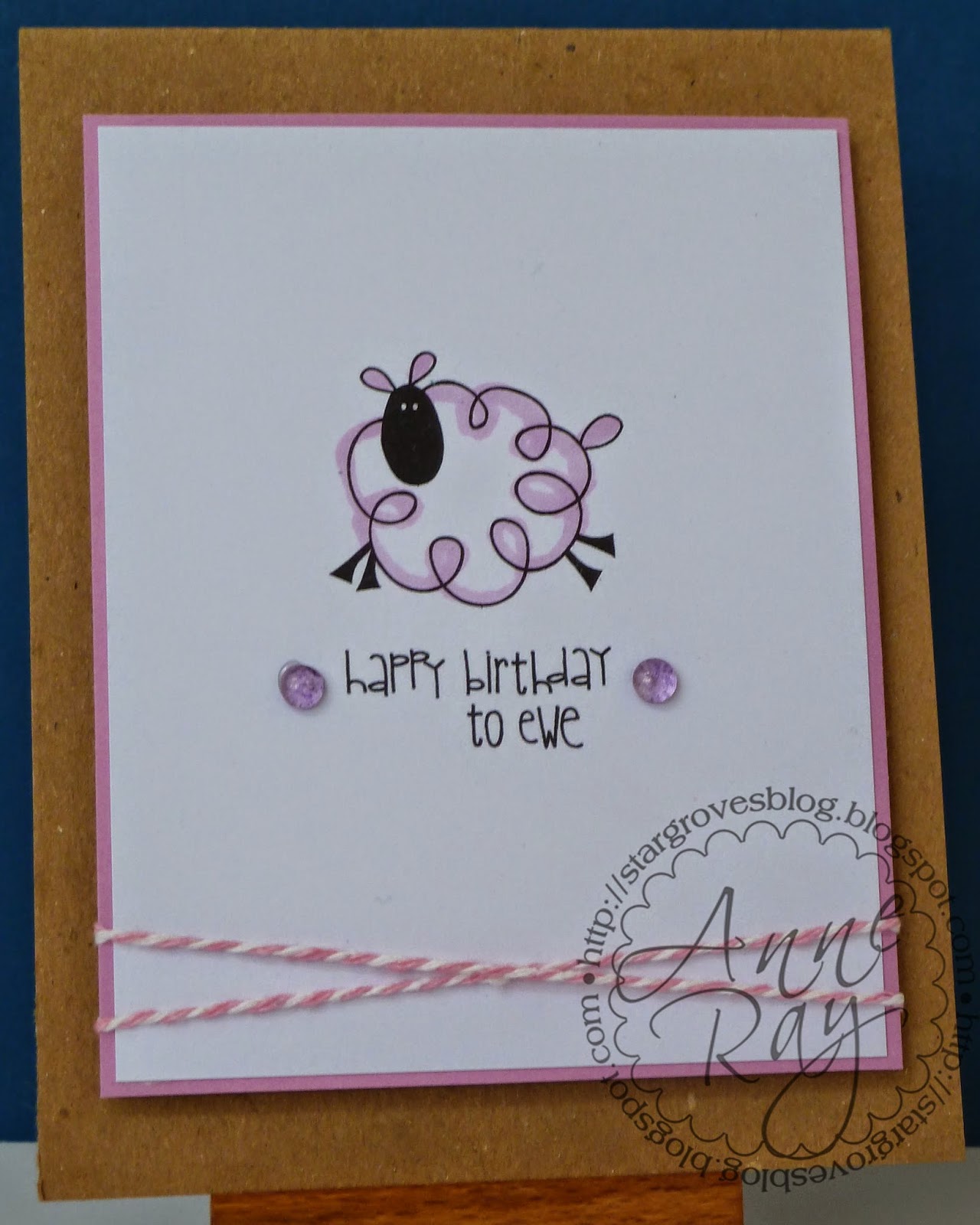 Next card came about as the images print four to a page and I fancied making a girly card along the same lines.  Delightful Challenges has the theme Tickled Pink this week.

Mojo was creeping back by now and the next card has the sheep mirror imaged and my own text beneath, using Problem Secretary font.  The little hearts were cut with a Silhouette files for a stencil, this is an NBUS.  I added some Glossy Accents to them, mainly because a tiny bit of GA seeped out when I stuck them down!
This is an entry for CASology, where the key word is Anniversary. 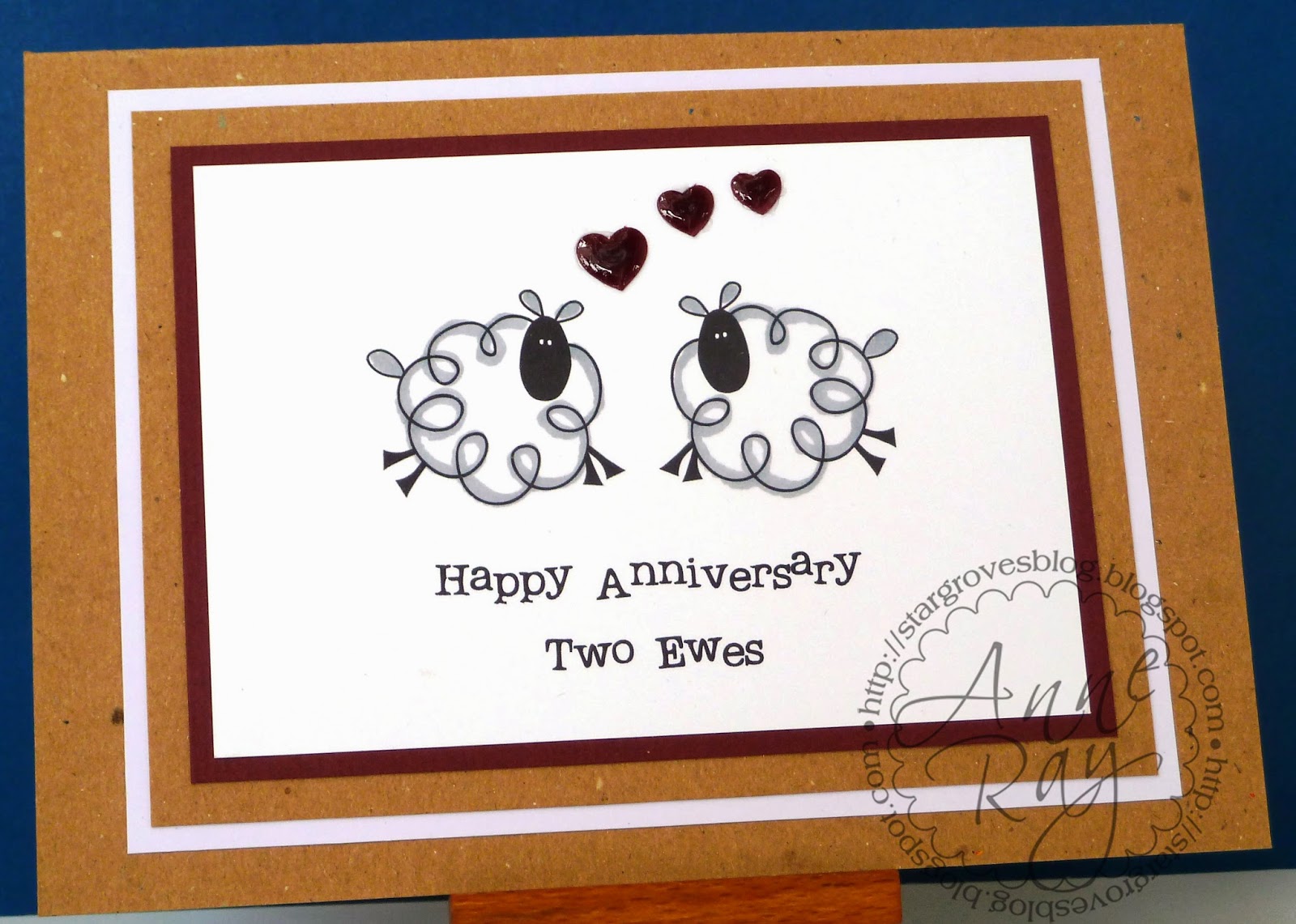 Final card in the set has no sheep, but uses the stencil that I cut out for the anniversary card.  To enter the Simon Says Challenge this week of stencil it I used some Grunge Paste, an NBUS that I have never tried before, though I've seen some wonderful creations using embossing paste.  I was quite pleased with this, my first effort, but the next one I tried was far too thick and looked silly!  Sentiment is from Inky Doodles.  Added a few of the red hearts to the paste, mostly where the hearts were a bit blotchy. 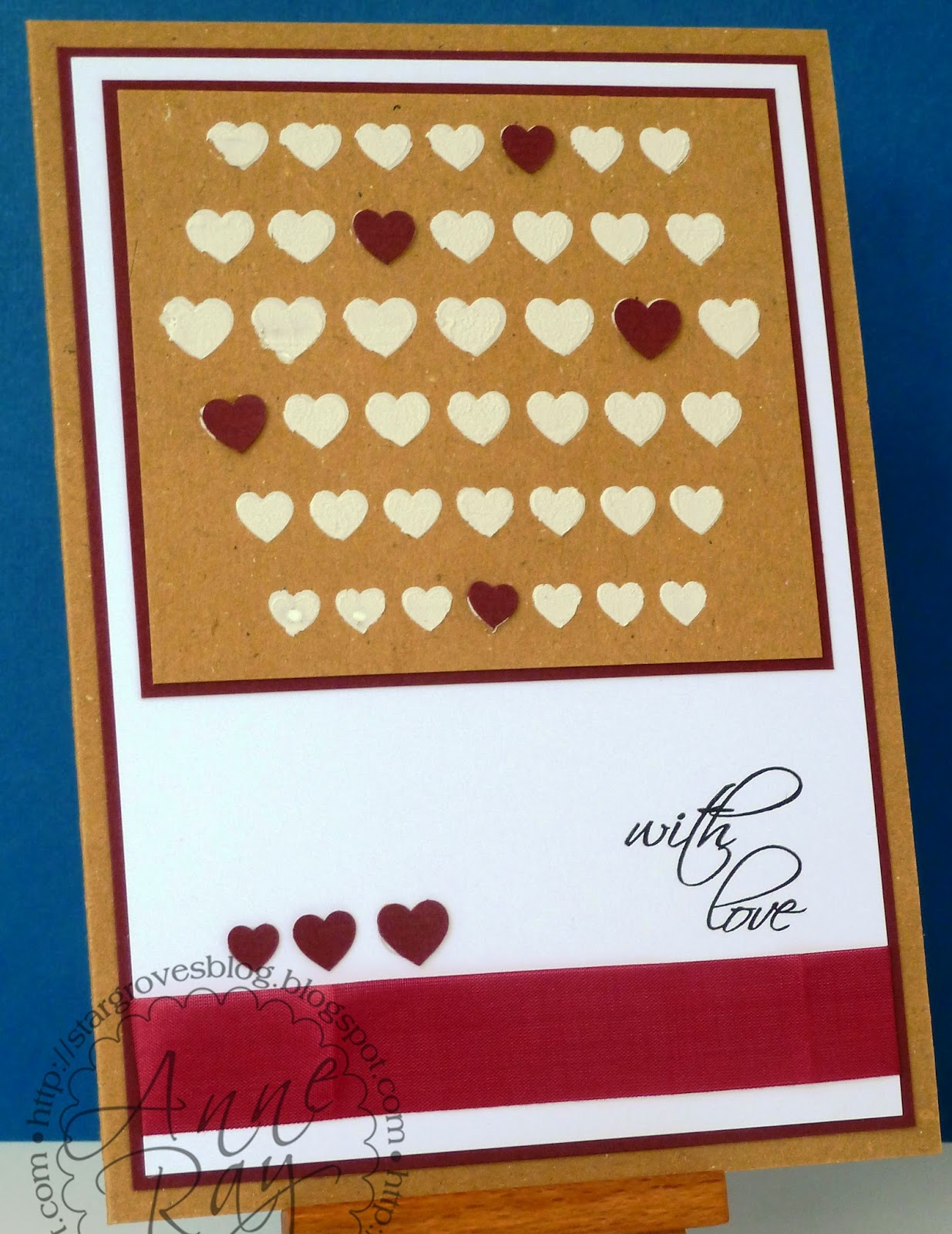 Darnell what a wonderful challenge idea and thanks for inspiring me to get crafting!