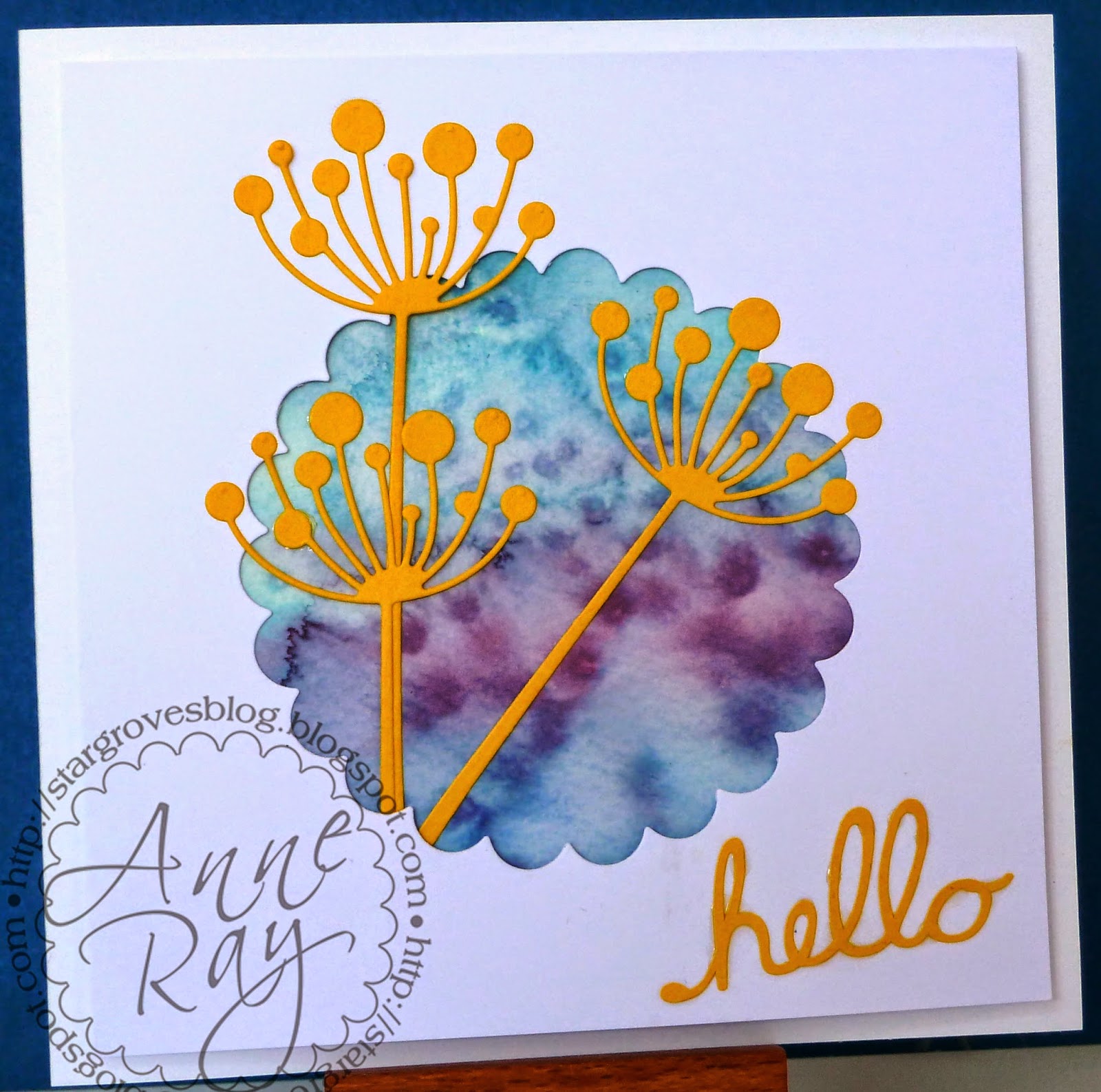 There have been some amazing watercolour creations around Blogdom lately, partly thanks to a very popular online class and the challenge this week at Less is More is to use watercolour for your CAS 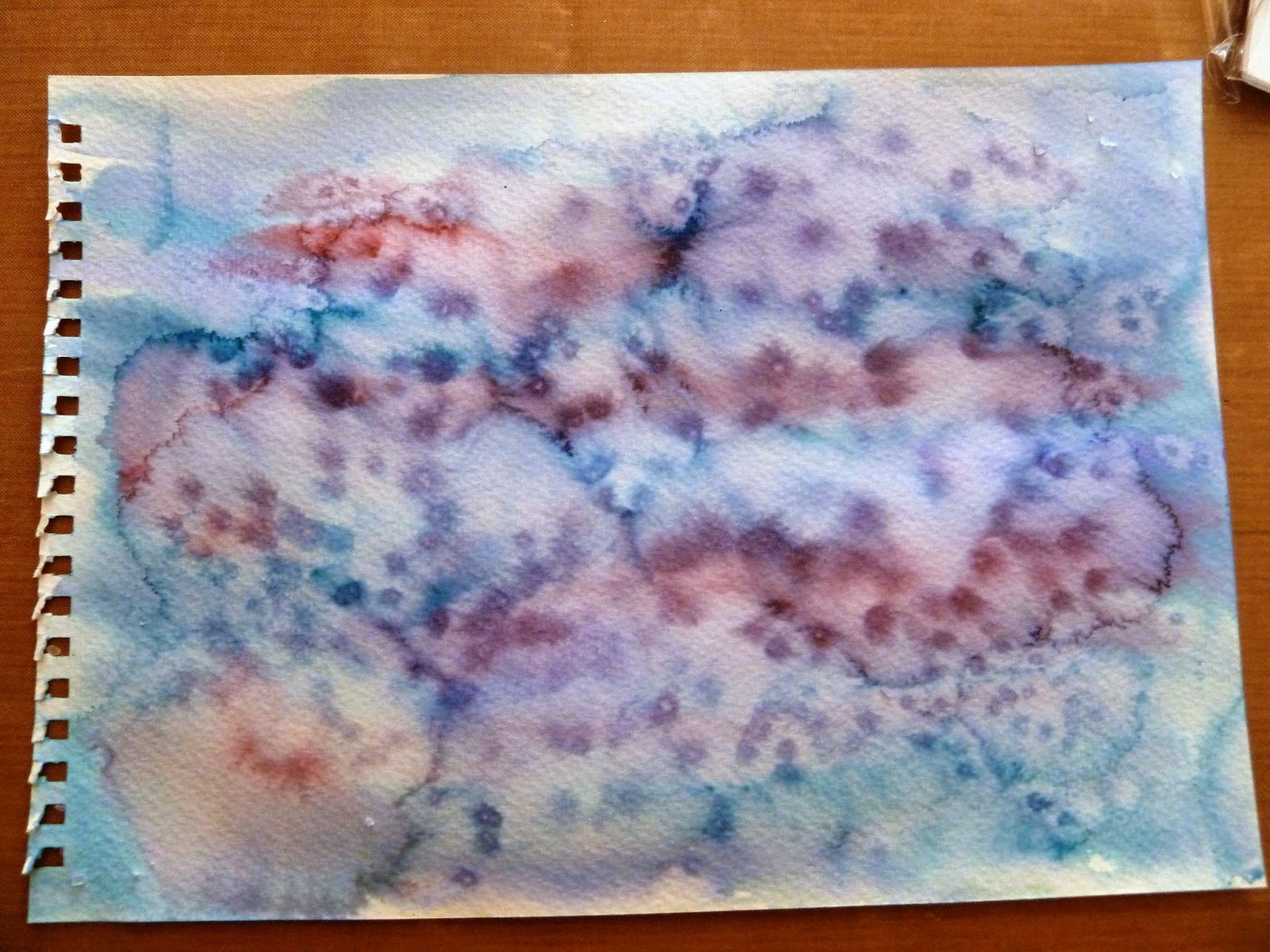 creation.  I am very much in awe of those who create stunning watercolour effects, not least because at the moment I'm not really a 'messy' crafter.  I began with the idea of creating a night sky, perhaps for a Christmas card, using Distress Inks and some sea salt that was meant to give a snowy effect.   It was a bit wishy-washy so I used it as a background for Memory Box Chloe stems.  They were meant to be a really elegant white on the white card but it didn't look like much of anything, so I cut some more from bright yellow/orange card, also using it for the sentiment, which was cut with my Portrait. 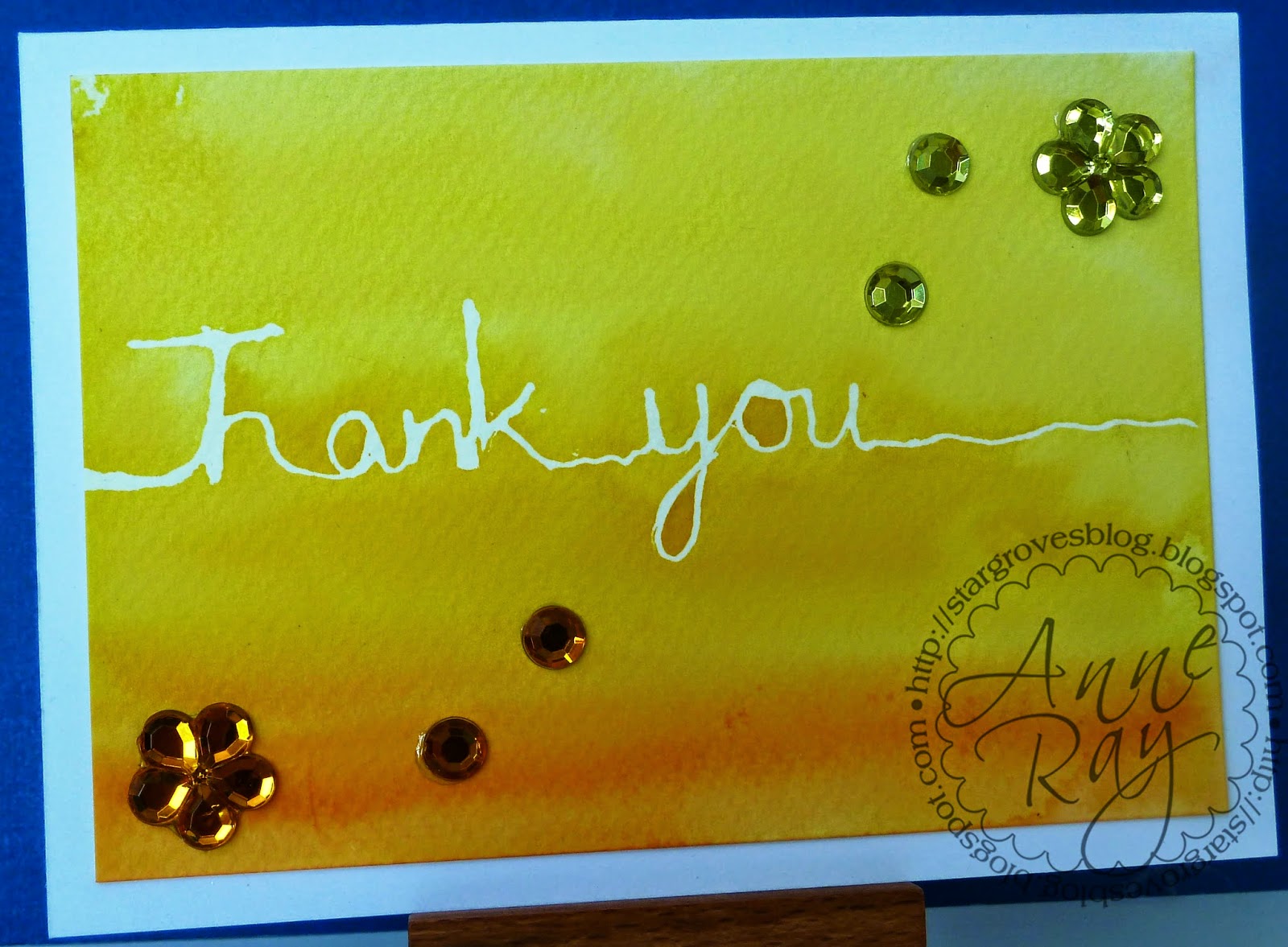 The Distress Inks came out again for my next card, which uses some masking fluid, NBUS bought in my early days of stamping.  I used it to write my sentiment, let it dry and then painted yellows and oranges across the card.  I found some really quite chunky gems in old stash and added them to my card.  I saw this technique on Pinterest, though the card I CASEd had rather better handwriting than mine! 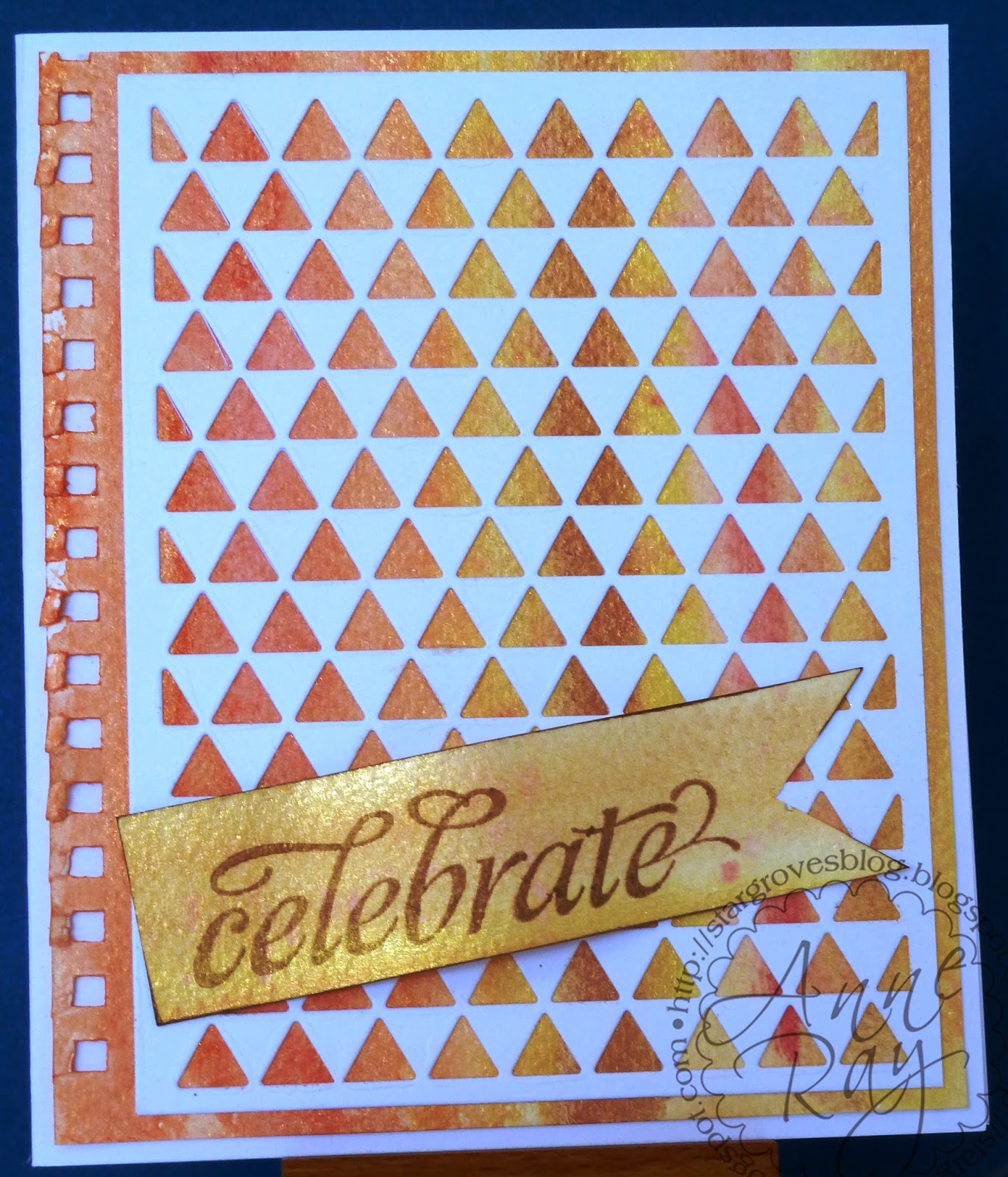 The third card maybe doesn't have as much white space as it could...  I used a Hero Arts triangle die, more NBUS, isn't it fab?  It is on top of watercoloured card that uses a metallic paint, in real life it really shimmers.  I left the tear-off edge from the pad in place and added a Waltzing Mouse sentiment.
I'm entering  this card for the Week 100 CAS-ology theme of Celebrate.