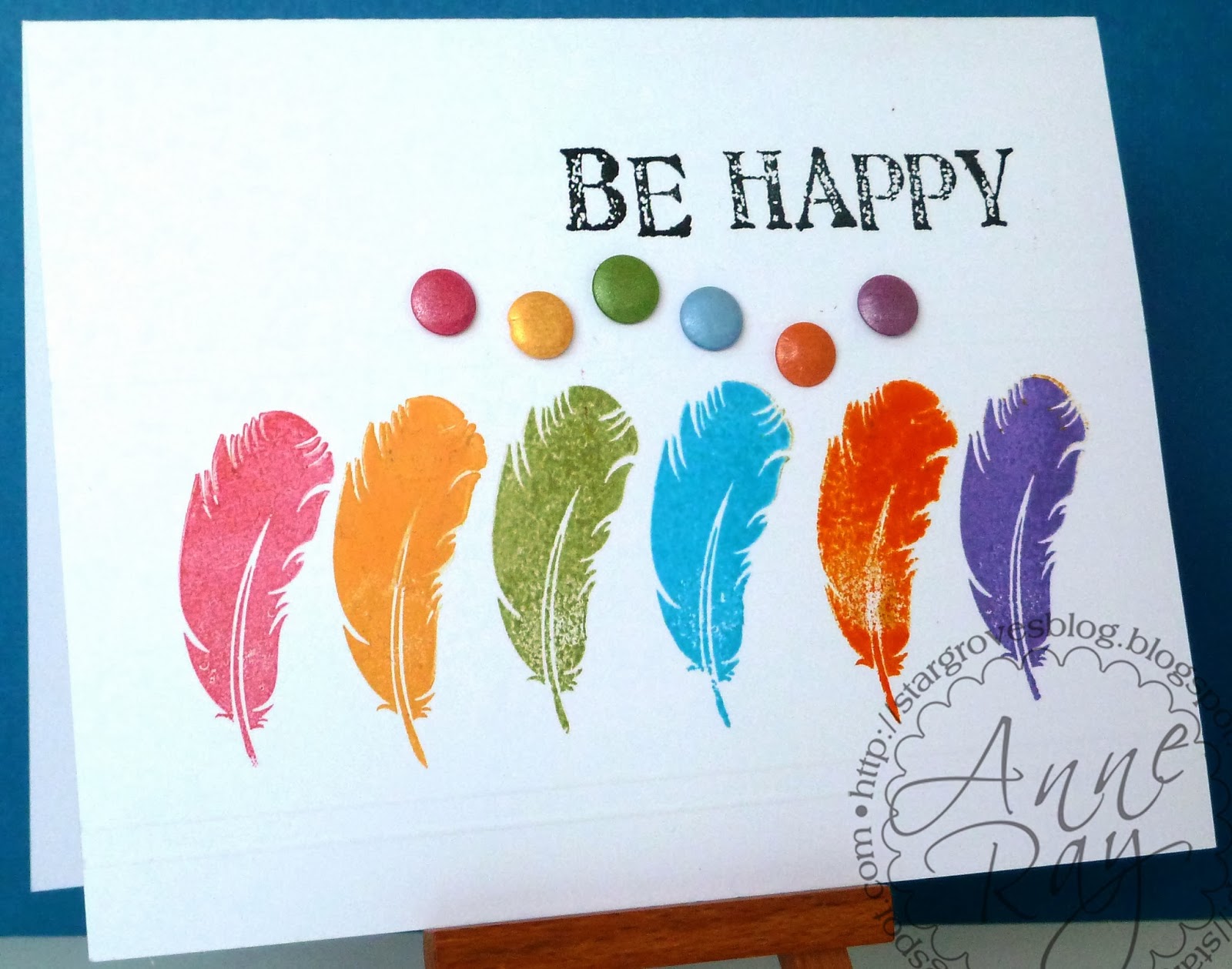 This week Less is More Challenge celebrates its third birthday with a rainbow colour challenge.  I've seen some lovely feather stamps lately, which all seem to be sold out at present.  I found this stamp as a magazine freebie and used it for my one-layer card.  It doesn't show up too well, but there is a double embossed line above and below the feathers.  I've not got round to mastering my stamp positioner and I used my Inkadinkado stamping gear to line up the stamp, took several attempts and a lot of time to get one I was happy with.  So the air turned many colours of the rainbow, but mostly blue, when I got a smudge below the sentiment!  After a bit of thought, some card candi came to the rescue, which gave me another idea... I was lucky enough to get a fab Penny Black stamp set from Chrissie for my birthday which contains this gorgeous border.  I added a Woodware sentiment and card candi to it.  This card took maybe 5 minutes at most - rather different from my first effort :).  Congratulations to Chrissie, Mandi and Jen for starting and keeping up such an inspirational challenge blog.

I'm also entering my card for One Layer Simplicity's repeat challenge.
Posted by Anne at 16:39