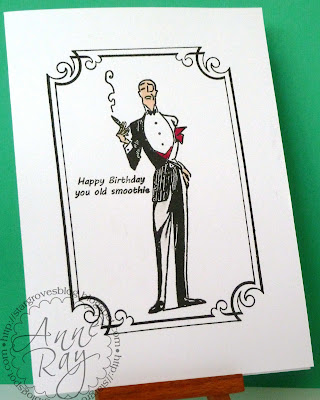 This is Algernon, I just know that he and I are going to be good friends.  Algernon comes from a new to me stamp company that I fell for in a big way at Ally Pally yesterday, called Acid Drops and Whatnots.  I went to the show with Lady Limette herself, Chrissie, and we both bought stamps from this series, can't wait to play with them.  I've used a fairly sedate sentiment here but there are some quite risque ones to enjoy.
Anyhow, Algernon is perfect for this week's Less is More Challenge, which is a one layer card inspired by a film.  I've picked High Society.  Algernon is coloured very minimally with Copics, the frame is also from Acid Drops and Whatnots.  I'm also entering the following challenges:
The Squirrel and the Fox - inspired by song or movie
Gingerloft Creations - for the guys
Crafting when we Can - at the movies
Aud Sentiments - for a guy


It was lovely to meet up with fellow Limettes, here are Val, Chrissie, myself and Jenny; Sylvie (Gibmiss) was at the show but missed the photocall:) 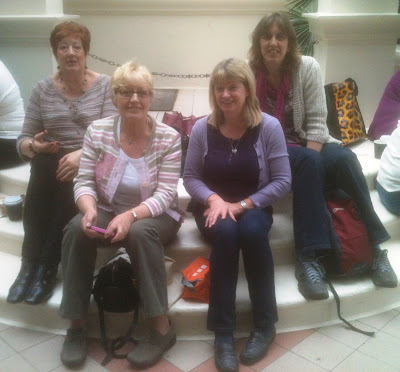 I've another couple of Joanna Sheen decoupage cards to share.  First is a Jayne Netley Mayhew flower bunch, IRL the ribbon is blue and a much better match to the matting layers! 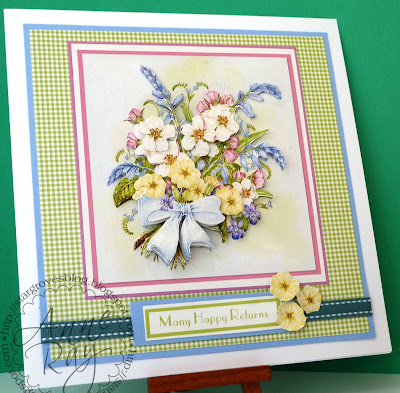 Last card is Josephine Wall, with a MS punch border and some Artylicious DP.  I'm entering this card for:
Kenny K's Krafty Krew- dies and punches and Forever Friends and Co diecuts and punches. 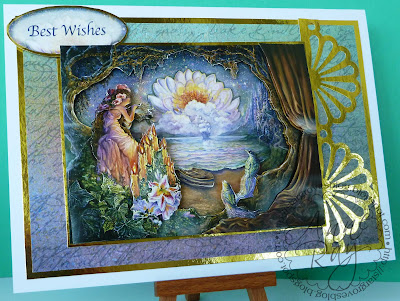