a mixed bunch for a Monday 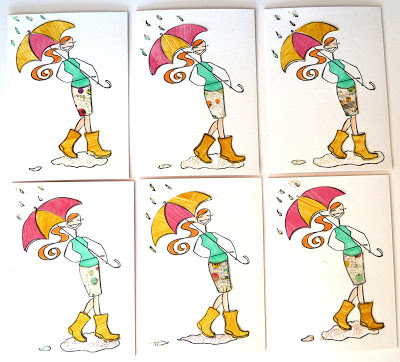 Today I have some ATCS to show you, which were paper pieced using my Basic Grey Out of Print pad that I'm trying to use up.  I used to make a lot of ATCs but this is the first batch I've made for ages, they are for a Winter swap and are called Rain, rain and more rain, which is pretty much how winter 2012 went!  Stampinbella stamp and I've drawn in a puddle and some raindrops and added Stickles to them. 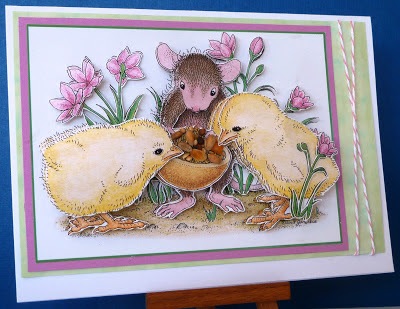 Next up is some more decoupage that has been waiting to be made up.  It's Joanna Sheen House Mouse, I've used Glossy Accents to stick down and seal some birdseed in the bowl.  I'd like to enter my card for Incy Wincy's Pop it Up Challenge, Cute Card Thursday's An Eye for Detail  and Forever Friends Animals and/or butterflies and/or birds Challenge. 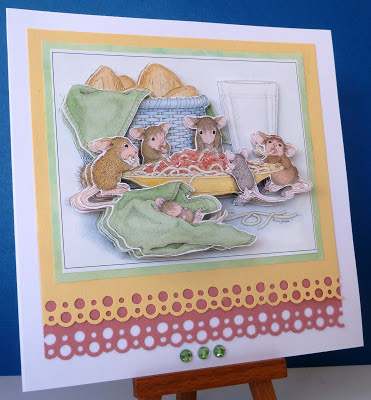 I cut this decoupage out so long ago that I don't remember it at all, but it's from the first pack I ever bought! I've followed the layout at Deconstructed Sketch and I've added some pastel card punched with a MS punch and a couple of gemstones. I'm also entering the Cutie Pie Pretty Pastels Challenge and Digi Darla's Food for Thought..
Posted by Anne at 17:11