I'm very into my C&S cards just now and here I have two to show off.  The first one is for CAS-ual Friday which wants the sentiment to be the focal point.  Their challenges are shown with an old fashioned typewriter as their logo and this inspired me to ink up a Stampin' Bella stamp that I've had for ages and not used much.  I've added several layers of mat and frame but still left plenty of white space. 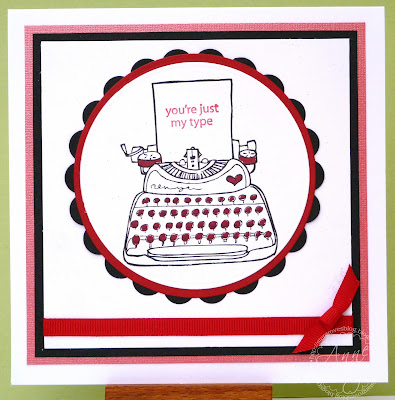 Card two is for Less is More, where the challenge is a one-layer card including script.  Similar theme but different card:  I masked off and brushed a background of Versafine Sepia, then inked an Impression Obsession newspaper script and stamped in on top.  The two sentiments I added are both Waltzing Mouse and I scored a line either side of the newsprint.  My stamp does not quite cover the whole of the card, I may trim it down to not-quite-a-square, but I wasn't sure so I have left it for now... 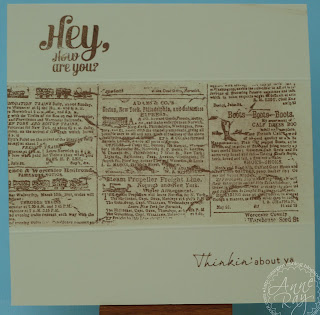