It's Good to Talk 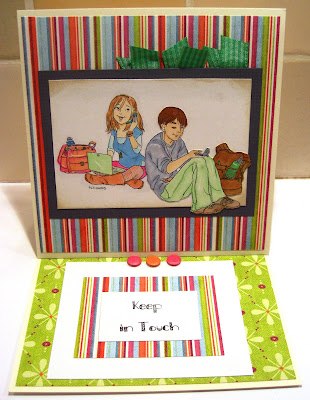 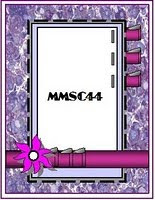 This card was made primarily for a challenge at Phindy O'Neill's PCP group where the challenge was to combine two or more of Phindy's images. I worked with the sketch from the Midnight Madness Challenge, rotating it sideways. I also made my card as an easel card, which is the theme at Lili of the Valley.

The two teenage images are from Phindy's Place and coloured with Copics. The colourscheme is set by the DP, which is My Minds Eye Christmas paper. No, I don't think it looks that Christmassy either which is why I snapped it up in the sale :). Ribbon is from stash, card candy from Craftwork Cards, sentiment is computer generated.

I've a few cards scheduled to publish this week for DTs, but I will not be around in blogdom much this week otherwise. We are off to the Cheltenham Festival for four days of the best racing in the world, with drama and emotions running high. I hope we'll be better off at the end of the week, not worse, but I know that we'll be rich in memories and stories that will keep us going until next year:).
Posted by Anne at 15:34